With folk visiting London from out of town, I was asked to recommend a suitable location for a Sunday brunch. Straight away I decided upon The Delaunay, a relatively new venture from the brains behind The Wolseley (reviewed elsewhere on this blog). Located at Aldwych, The Delaunay styles itself as a grand European café restaurant, and it lives up to this self-styling.
Indeed, upon entrance, the first thing that I was struck by was how similar it was to The Wolseley in its internal appearance. Tables are seated in neat and stylish arrangement. A bustling atmosphere permeates the environment as staff meander the environs to ensure patrons are accommodated and served. 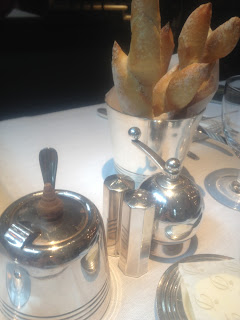 First things first; the staff. I was very impressed. They were friendly and professional from the doorman to the cloakroom staff to the waiting staff. I tend to make a note of this as staff can make or break a joint. I’m sure most people have faced the event where good food has been ruined by a sterile and unfriendly staff and atmosphere. It’s simply not good enough when you’re parting with your hard earned cash, and staff act as though you’re privileged to be there, or even worse are completely disinterested. The good thing about The Delaunay was that this certainly was not the case. 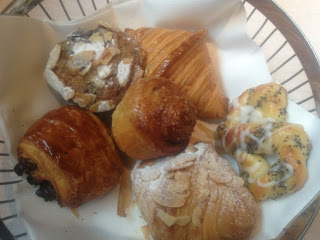 We selected a variety of pastries – the mixed basket, the pain au chocolat and the almond croissant. The pasties were very good. The almond croissant for me was the best of the selection. There were multiple layers of buttery goodness to be found in the pastry. My assumption is that the pastries are made in-house but as I didn’t ask, I can’t confirm this. 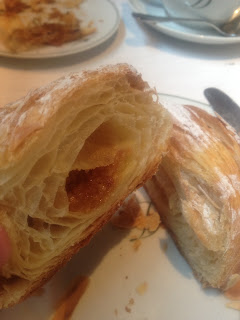 The poppy seed danish was another highlight with delightful icing. The blueberry and almond muffin didn’t quite rock my world but it certainly wasn’t offensive. It probably suffered from competing against pastries where the constituent ingredient is butter. That’s hard to beat when the competition is butter based pastries. And I know there’s butter in muffins, it’s just how they put together those ingredients. 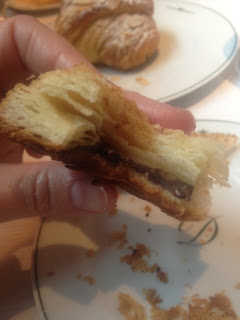 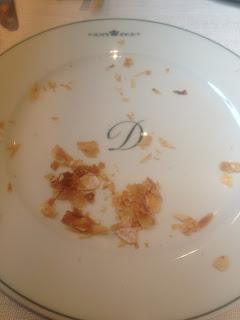 The girls had coffee with their pastries which they enjoyed. I first had the Delaunay Blend of tea which I enjoyed but it was by no means the best cup of tea I have had. Second time out I tried the Earl Grey which I thought was delicious. However, as one of the girls in the group said, she didn’t notice any difference between the tea at The Delaunay and the tea she had at the train station earlier that morning. Yes, I know, heathens. 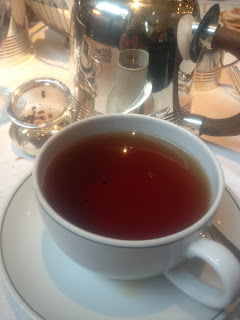 So, all in all; good staff, nice pastries, lovely surroundings. But, and here’s the (big) but. As I looked around and took on board my surroundings, my overwhelming feeling was that this is the same as The Wolseley. Only The Wolseley is better. It’s the original and it’s the best. I don’t see what The Delaunay is trying to do different. As the place was full on a Sunday at the end of October for brunch, maybe it’s just that the decision was taken that there’s a gap in the market for another Wolseley. But I did expect some type of original twist, yet none was to be found. Possibly the philosophy is just to do what they do already and to do it well, and if so that’s quite ok. For me, I’d just go back to The Wolseley.
The bill for 4 came to £50ish. All very nice, but no Wolseley.