There are many reasons to be cheerful  when visitors descend upon London – you know catch up, hang out, shoot the breeze, blah de blah; but, it’s also an excuse to eat out at nice restaurants – if ever an excuse was necessary. St. John’s (of the doughnut fame I reviewed in my first blog) of St. John Street in Clerkenwell has long been on my list of restaurants to eat out in, and when a friend was in town from D.C. it gave the ideal opportunity to visit the Michelin star rated restaurant.
The restaurant itself has a school canteen feel to it, quite a wide space and the restaurant is full for a Wednesday night. There’s a relaxed feel to the building and the clientele comprised of lots of men in search of offal. We were seated at the back of the restaurant which was the perfect position to witness the transportation of the suckling pig to a private room where a 70th birthday party was taking place. A suckling pig on a spit is an impressive sight and the smell was beautiful.  To the heavens I give thanks for swine. 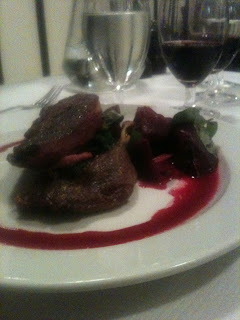 Bread is brought to our table as we peruse the menu. The bakery at St. John’s is excellent and the bread is as always very good. For my main course, I’m torn between the grouse or the mallard and beetroot, and I select the mallard. It’s quite tasty, and the mallard has quite a strong taste to it. The piece d’resistance among the three main courses is the braised rabbit with red cabbage and prunes which is delicious. 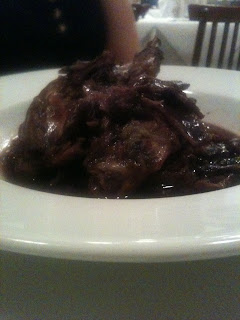 The rabbit pretty much melts on the tongue. It’s delightful so I have some food envy.  The final main course is the roast middlewhite with turnips. The piece of pig however is quite fatty and as the most expensive main course on the menu (£23.80), a disappointment. 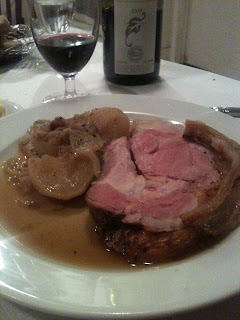 We get sides of new potatoes and savoy cabbage, of which, the spuds were the highlight. The cabbage was very buttery in my humble opinion. 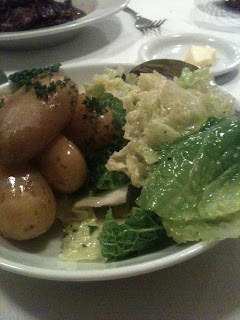 For desert I get the caramel tart and clementines. The caramel has a mousse like texture and it’s the best caramel tart I’ve ever eaten (and I’ve eaten some nice caramel tarts). I know St. John’s is known for its meat primarily, but really, the desserts they make deserve high praise. Between their doughnuts to be found a Maltby Street (not on the menu here), and this caramel tart, they just get it. 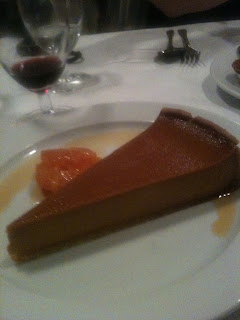 We also have half a dozen madelines which are basically queen cakes baked in an oyster shell type baking tray. They’re nice, but at the end of the day, they’re still queen cakes. 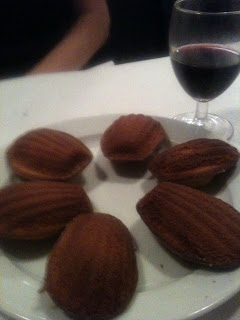 The final dessert was the gingerloaf & butterscotch sauce. It’s gingery and rich and is served with a scoop of ice-cream. What's not to like? 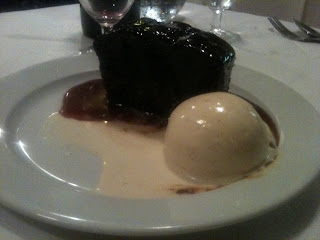 The service was excellent, the staff friendly and informative.  The bill for three was just shy of £150 including a couple of bottles of very nice wine, so it’s certainly pricey, but is it worth it? If I had opted for the braised rabbit, followed by the caramel tart, this would be a 5 star review; the roast middlewhite however was the only real let down. The thought of the braised rabbit and caramel tart makes me salivate whenever I think about it. I would certainly go back.